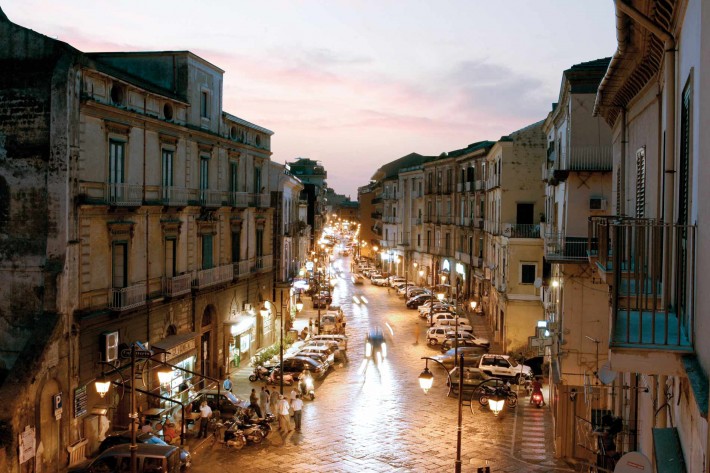 • from the Forties to the present day

After the Second World War, the number of pasta factories fell considerably and after the earthquake in 1980, the transferral of some and the rebuilding of others, including Premiato Pastificio Afeltra, which stayed in the Old Town, made it possible to build modern plants capable of competing with the big Italian manufacturers.

Premiato Pastificio Afeltra is the only pasta factory, of the many that once stood on the old pasta makers’ road, to have survived the numerous difficulties which occurred over the centuries, and it currently operates in the original building used in 1848, a three-storey structure occupying over 4,000 square metres. A maximum of 5 metric tons of pasta are made here every day, which takes on greater significance when you consider that the production volumes reached by the medium-big pasta manufacturers often exceed 200 metric tons of pasta a day.

It is thanks to the characteristic nature of its product that Pastificio Afeltra, like all the other pasta factories in Gragnano, upholds the tradition for quality of its pasta, skilfully choosing the best flours, made exclusively from durum wheat, with the use of pure water from the Lattari Mountains and slow drying, which makes it possible to preserve the flavour of the wheat and the dietary qualities of the gluten.

For generations of Gragnanese people, not only has the pasta-making industry been a profitable occupation, it has also been an authentic passion, which still fills their hearts, like a unique and true art, the Art of Pasta!